With home loan interest rates on the rise, find out how housing affordability could be affected

In May the Reserve Bank of Australia (RBA) began raising the cash rate for the first time in over 11 years.

But it’s important to look at the bigger picture. How will rising rates impact housing affordability in Australia and how high are interest rates expected to go? We answer these questions and more in this article.

Why are Australia’s house prices so high?

Australia’s housing affordability has been rapidly declining since the 1980s.

Data shows the ratio of median dwelling values to household income had risen from 4.3 in December 2001, to 7.7 as of June 2021. The time taken to save a 20% deposit at the national level increased from 5.8 years to 10.2 years in the same period.

Several different factors have contributed to the rise in Australian house prices, including:

What will happen to housing affordability when home loan interest rates increase?

Australians have seen national housing prices increase by 35% since the start of the pandemic as a result of a low cash rate. It’s expected that as interest rates rise, growth in housing prices will start to stabilise.

With higher interest rates, borrowers will start to experience a reduced borrowing capacity. This means they won’t be able to borrow as much as they might have in previous years when the cash rate was at record lows.

As a result, there will likely be a slowdown in property demand, encouraging prices to ease.

It’s important to remember that the cash rate and interest rates aren’t the only factors that affect housing affordability.

Employment rates in Australia and household wealth also play an important role. Currently, the unemployment rate is sitting at a low 3.9%.

Household wealth – the value of a household’s gross assets like superannuation, cash and term deposits, cars and financial assets – is on the rise. Data shows that household wealth increased by $590 billion, hitting an all-time high of $13.92 trillion in the third quarter of 2021. That’s a 20.2% increase from the year prior.

While it’s difficult to predict how each of these factors will weigh on housing affordability, the trend of booming property prices is expected to fizzle out.

Interest rates are on the rise in 2022. While banks and lenders set their own interest rates, there are typically 3 factors that influence this decision:

Interest rates typically reflect the cash rate, so if the cash rate goes up, the cost to borrow for banks and lenders also increases. As a result, lenders will often pass these growing costs on to customers by raising their rates on the products they offer, including home loans.

Why does the cash rate fluctuate?

The RBA lowers the cash rate to encourage spending, which leads to higher economic activity and employment.

A lower cash rate supports household spending by increasing household cash flow. However, if this demand is strong, it can increase prices, leading to higher inflation.

In March, we saw the highest inflation surge in over 20 years at a rate of 5.1%. Additionally, unemployment rates are currently sitting at 3.9%, their lowest level since the 1970s.

The recent cash rate increase is the RBA’s response to skyrocketing inflation and shrinking unemployment rates to stabilise and normalise Australia’s economy.

What will happen to home loan repayments as interest rates increase?

As interest rates increase, so will home loan repayments.

If you’re on a fixed rate home loan, your repayments won’t be affected by any changes until the end of your fixed term. When this period is up, you’ll likely see your interest rate revert to your lender’s standard variable rate.

Want a better idea of how your monthly repayments could increase? Check out the table below:

How high is the cash rate expected to go?

Australians can expect further cash rate increases throughout 2022, with predictions stating the cash rate could reach 1% by the end of the year (0.9% higher than we started the year with) and 1.5% by mid-2023.

When is the best time to enter the housing market and buy a home?

Despite predictions, it’s impossible to know for sure which way the housing market will go. However, there are certain factors that you can consider to help you make your decision:

It can help to get expert advice on your property journey. Book an appointment with an Aussie Broker at no cost to you.

Book a chat with an Aussie Broker

I want to buy a home
I want to refinance 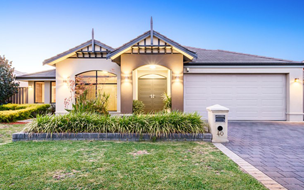 How the RBA cash rate impacts your mortgage

Find out how changes to the cash rate could affect your home loan. 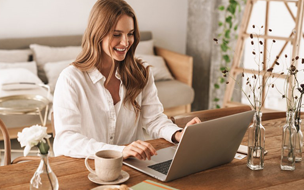 How can I reduce my mortgage repayments?