What an election means for the property market

As Australians prepare to head to the polls on 18 May, we take a look at how the Federal election is impacting the property market

Posters of parliamentary hopefuls are popping up in neighbourhoods everywhere. It can mean only one thing: We’re about to head off to the polls.Here’s how the Federal election could impact property markets.

First, a quick recap of the market

March 2019 saw home values dip nationally by 0.6% but according to CoreLogic, the pace of price decline is cooling. In fact, the March fall in values was the lowest recorded since October 2018.

Even so, property values across Australia are still 15.9% higher than they were five years ago, and most property owners are in a strong equity position.

The immediate impact of the election

Back to the Federal election. It’s understandable that any critical vote creates a sense of uncertainty, and this can see people put major spending decisions on hold.

Certainly, figures from the Real Estate Institute of Australia (REIA) show that fewer people took out a home loan in February. According to the REIA, this is partly due to home buyers taking a ‘wait and see’ approach to the upcoming election.

What’s happened in the past?

The impact of previous Federal elections has often hinged on the timing of the vote.

As a guide, the 2010 election was held in mid-winter, which is often a quiet time in the property market, so its impact was minimal.

Back in 2007, the Federal election was held late in November when the property market was booming, and here too sales were largely unaffected. The Reserve Bank even hiked the official cash rate while the election campaign was in full swing.

What’s different this time around?

Things are slightly different in the current election campaign. That’s because the property market is a direct area of policy initiative.

If Labor wins, it has pledged to limit negative gearing to newly built investments, though this will not be retrospective – if you already use negative gearing, nothing changes.

Labor has also flagged that it will reduce the current capital gains tax discount from 50% to 25% on investment properties held for more than one year.

Some pundits are tipping that this could see a property market rally as investors rush in to take advantage of negative gearing while it’s still available on established properties. But this is purely speculation, as it hinges on Labor winning the election, and the proposed changes making it through parliament.

The Coalition on the other hand, didn’t introduce new initiatives relating to property in its 2019/20 Federal Budget beyond funding for affordable housing for vulnerable Australians.

Why now is a good time to buy

Why now is a good time to buy opportunities for buyers.

The job market is looking good with unemployment at just 4.9%, and there are fewer foreign buyers to compete against. On top of all this, significant numbers of lenders have recently announced rate cuts, particularly for fixed rate home loans.

If you’re on a tight budget, Aussie’s latest report on affordable suburbs is a great way to see what – and where – you may be able to buy.

The bottom line is that buying now could see you pocket excellent value. Talk to your Aussie Broker about your options. 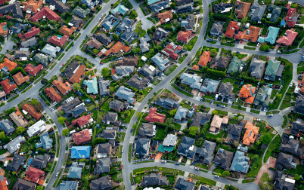 When to invest in the property market

Understanding the property market and your financial position can help you time your property investment.
Read more 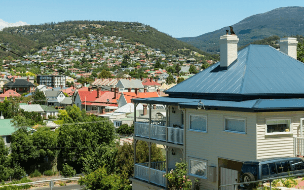 Where to buy your first property

Balancing what you want and where you can afford could be challenging if you're a first homebuyer.
Read more