The Territory’s most affordable suburbs

The Northern Territory is dishing up a feast of property bargains.

A new report by Aussie and CoreLogic lifts the lid on the Northern Territory’s most affordable suburbs.

Despite Darwin’s property values experiencing a substantial correction since peaking in 2014, no Northern Territory suburbs appear on the top 20 list of Australia’s most affordable suburbs for either houses or apartments.

In fact, a number of regional locations are experiencing rising prices.

Tennant Creek tops the most affordable list for houses in NT

Tennant Creek takes the title of the Territory’s most affordable suburb for houses, with a median value of $186,858.

A number of Katherine suburbs make the cheapest list, though in Katherine itself, values have jumped 8.3% over the last to a current median of $281,000.

Alice Springs is also the cheapest regional location for apartments. Check out the likes of Gillen, which tops the most affordable list with a median value of $273,609.

The past 12 months has seen a 4.9% lift in Darwin’s sales activity, and it appears that buyers are taking advantage of improved affordability, with the average time of a property on the market has decreased from 76 days a year ago, to 70 days now.

The most affordable suburbs are concentrated in the Palmerston region. Six of the 20 cheapest suburbs for a house have a median value below $400,000, with the cheapest being Moulden (median value $303,522).

The cheapest location for a house in Darwin itself is Karama, with a median value of $372,356. However, the most affordable suburb within 10km of the Darwin CBD is Alawa where a budget of $404,218 could secure a home.

Darwin’s unit market offers plenty of good buys, with ten of the city’s 15 cheapest suburbs having a median value below $300,000.

Head to Bakewell (in Palmerston) for the cheapest apartment prices, where a budget of just $230,317 could secure a home.

For buyers looking within 10km of the Darwin CBD, the cheapest suburb to buy a unit is Marrara, with a median of $242,198.

Talk to your local Aussie Broker for expert advice on the Territory home loan that’s right for you. 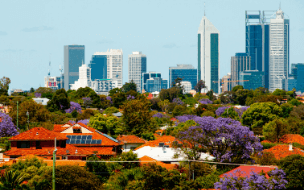 Investing in regional vs metro areas

Regional and metropolitan areas both have their pros and cons. We can help you find out what's right for you.
Read more 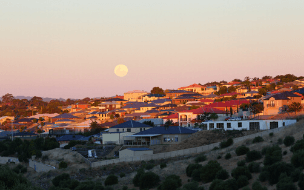 When it comes to buying an investment property interstate, there are a number of things that need to be considered.
Read more